Warning: "continue" targeting switch is equivalent to "break". Did you mean to use "continue 2"? in /homepages/30/d658115368/htdocs/clickandbuilds/CarGuy/wp-content/plugins/revslider/includes/output.class.php on line 3708
 Lotus Exige for sale - Why this car is a best buy | Car Guy 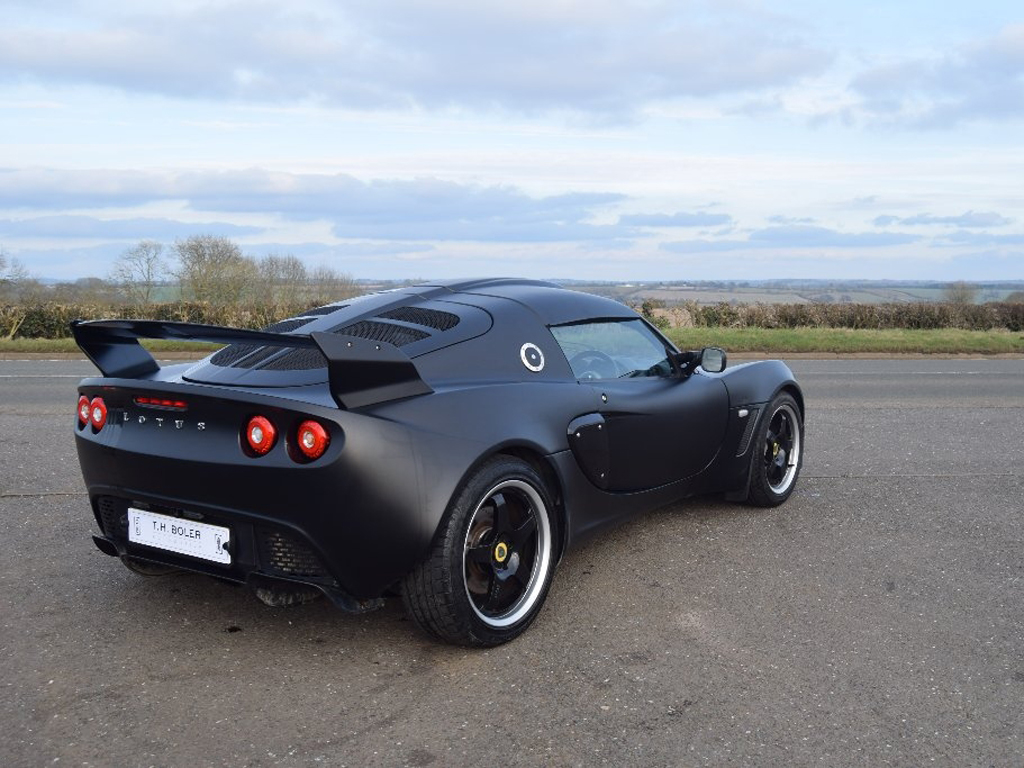 Lotus is known for making some of the best driver-oriented cars the world has ever seen.  We’re not talking about outright speed or incredible luxury, but raw, unadulterated fun.  Anyone can get in a Lotus and have the time of their lives.  All of the focus is placed on making it as exciting and fun as possible, and that shines through in each area.  Take the Exige for instance.  The original Series 1 featured 1.8-liter Rover K Series engine with 177 hp and a nimble chassis, showing the world what a sports car should really be.  No driver aids, no luxury features.  A five-speed manual, 5-second 0 to 62 mph time and more smiles per gallon than any other car on the planet.

In 2004 a Series 2 Exige arrived, sporting a different Toyota/Yamaha engine, offering more power and less weight. Fast forward to 2006 and the Exige S.  A more powerful, even more hardcore version of the standard S.  This example we found on Autotrader is a clean specimen fitted with a couple of unique details.  Starting with, as you can probably tell, the matte black paint.  As good as metallic looks, a matte finish gives small sports cars even more character and charisma.  Then we get to the wheels.  Black center spokes with a chrome outline give the illusion that they’re larger than they actually are.  Couple that with the roof scoop and you have yourself an angry little B-road monster. 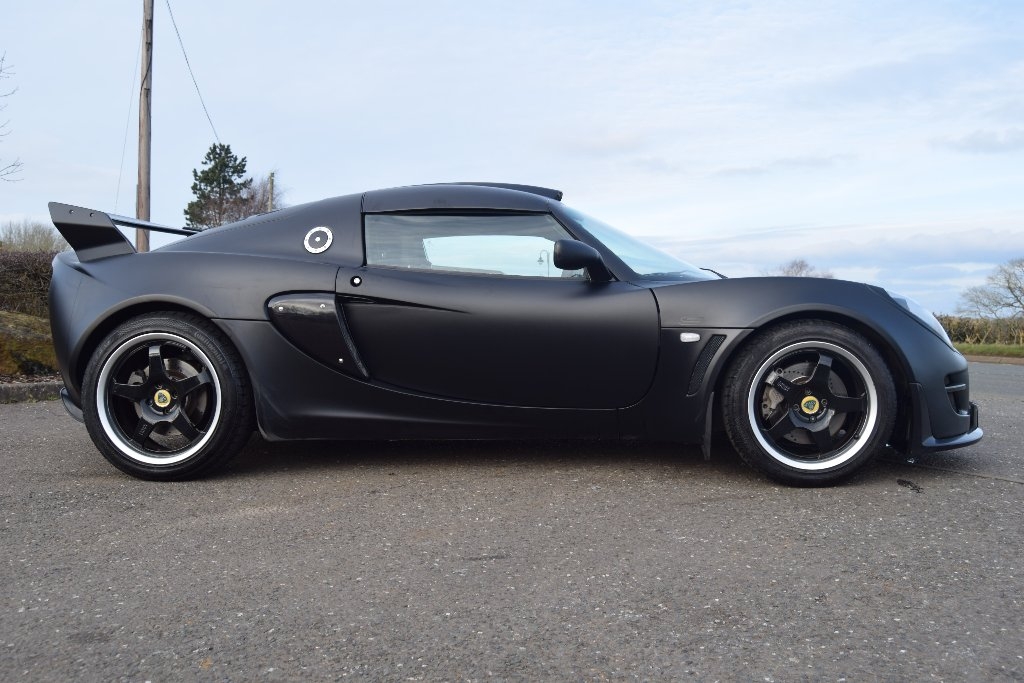 Getting back to the engine for a moment.  The Lotus Exige for sale above features a supercharged 1.8-liter Toyota unit with 220 horsepower, sending power to the rear wheels via a six-speed manual.  Considering the entire car only weighs 933 kilograms, this thing is properly quick.  The sprint to 60 mph is taken care of in just 4 seconds and flat out it will just touch 150 mph.  As with all Lotuses however, it really shows its true colors in the bends.  There’s no weight to pull it out of line, so it corners like it’s on rails.  Flat, settled and with no fuss.  The speed you can carry through the bends is borderline insane.  Whereas most cars would be able to tackle a given corner at 50 mph, 70 and even 80 mph is possible in a Lotus like this.  It’s just breathtaking, and should you overestimate your driving abilities, extremely scary as well.

This particular example was manufactured in 2010 and has just 35.000 miles on the clock.  Should you want the perfect weekend warrior, look no further than a Lotus Exige for sale like this example.