Warning: "continue" targeting switch is equivalent to "break". Did you mean to use "continue 2"? in /homepages/30/d658115368/htdocs/clickandbuilds/CarGuy/wp-content/plugins/revslider/includes/output.class.php on line 3708
 2017 Ford GT details - 5 driving modes to choose from | Car Guy 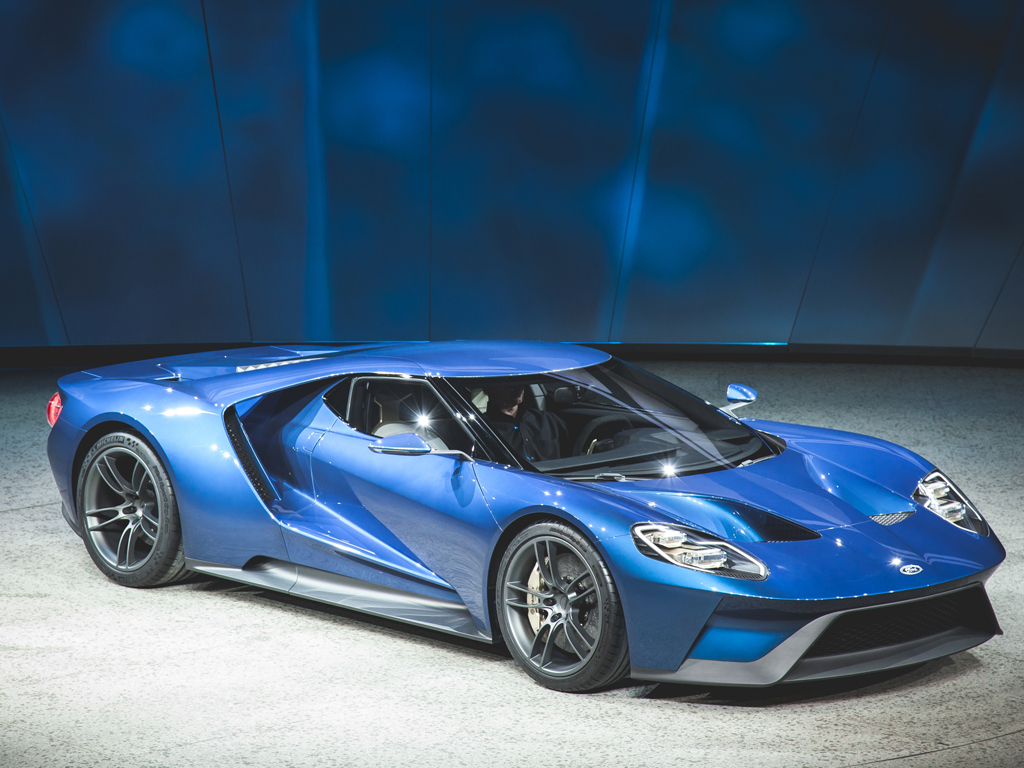 Though it’s been officially unveiled for almost 2 years now, and teased for even longer than that, very few details are known about Ford’s new super car, the GT.  A successor to the GT introduced in 2004, it’s indirectly paying homage to the original GT40 which took home lots of Le Mans trophies and first-place podiums.  The new GT LM GTE-Pro is following in its grandpa’s footsteps, winning the 2016 24 Hours of Le Mans GTE-Pro class with the number 68 car.  Recently Ford decided to treat us with information about the five different driving modes the new GT will offer, and it’s even better than anyone could have expected:

It’s weird to think how anything with 638 horsepower and a top speed of 216 mph can be labeled or classified as normal, but it’s all relative i guess.  In this mode, the GT raises to its maximum 120mm ground clearance setting, perfect for navigating speed bumps, potholes and the like.  The accelerator becomes more forgiving and the gearbox smoother, shifting sooner.  The Comfort button loosens up the damper compression, making it even softer. 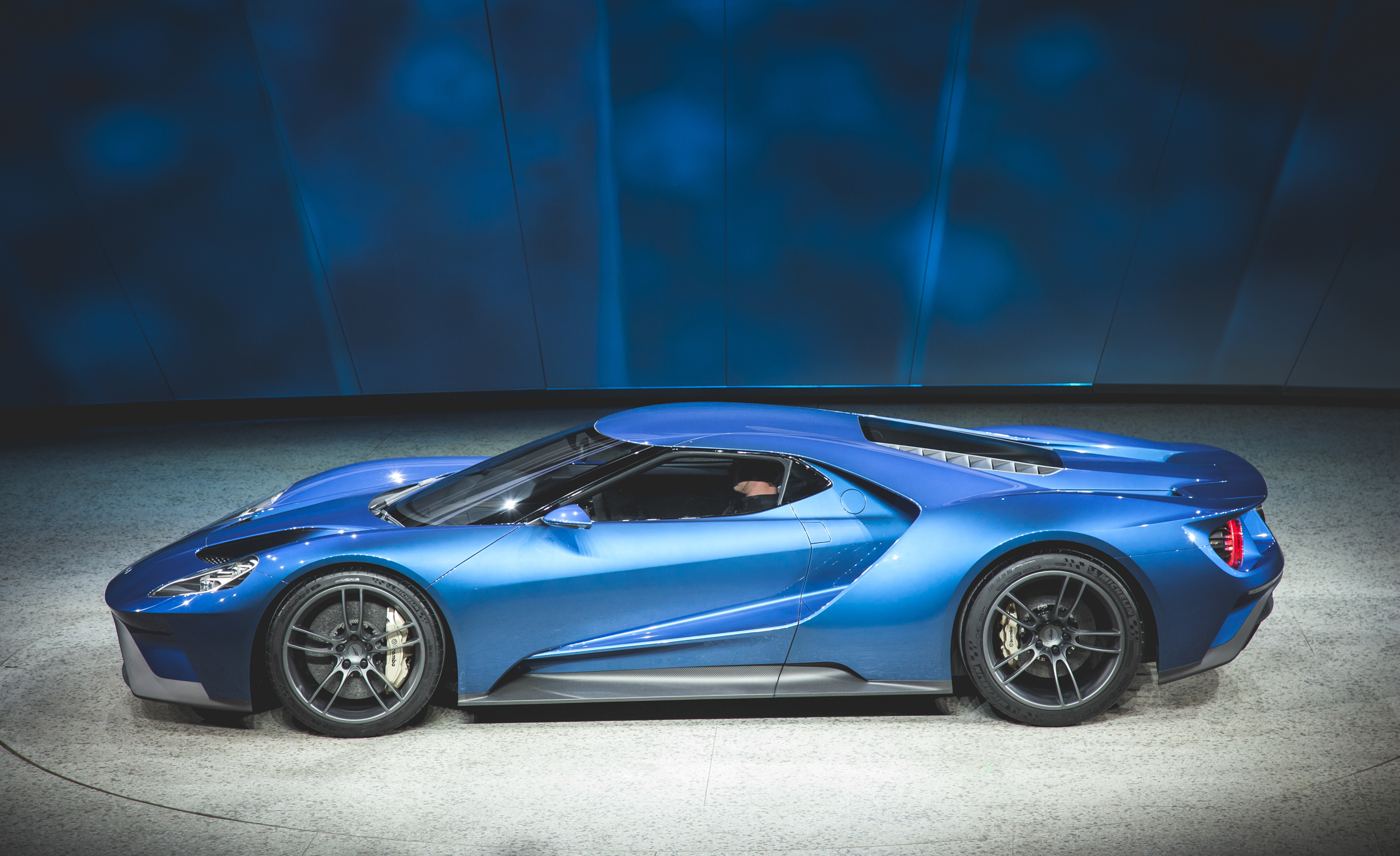 Wet mode is, as its name might suggest, designed for driving when the road conditions are far from optimal. Most of the settings carry on unchanged from Normal, but the throttle becomes even lighter and more sensitive to deal with the surface offering less grip.

Here’s where things get interesting.  Pop it in Sport mode, and the 3.5-liter EcoBoost shows that it’s actually equipped with anti-lag.  Anti-lag, if you’re unfamiliar with it, is a system which spools up the turbo and keeps them spinning even when you’re not on the throttle.  Though it wastes more fuel, it means boost, and ultimately power, are available as soon as you get back on the loud pedal again.  Speaking of loud, the characteristics pops and crackles associated with an anti-lag system will almost certainly be present. 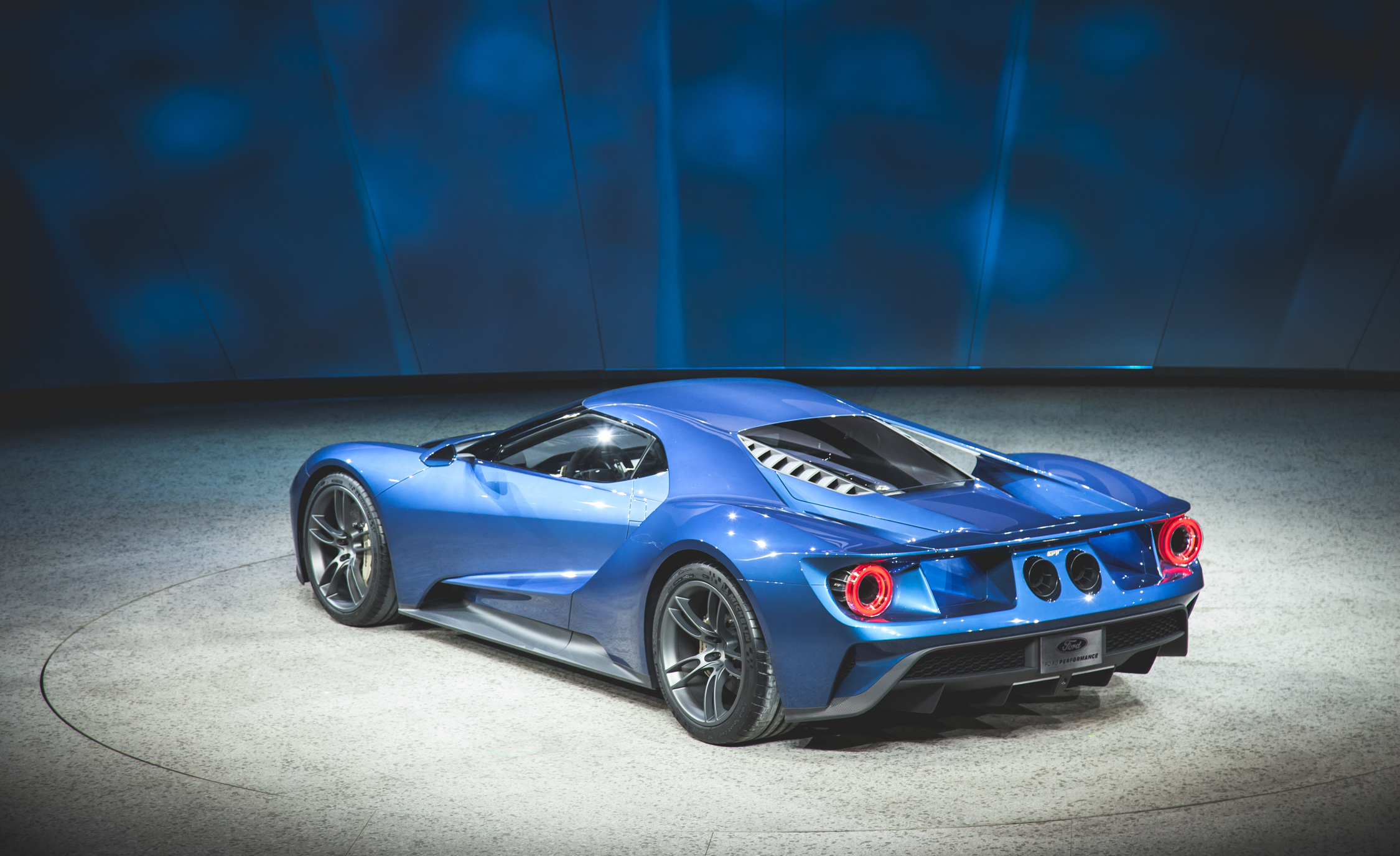 Designed for tracks, this mode is actually not recommended for use on the road.  Ride height drops by some 50mm, spring rates get maxed out, and so do the dampers.  The rear wing engages at all speeds (rather than just over 70 mph), and the front aero flaps close for maximum downforce.  Ford claims the car completely transforms in Track mode, even compared to Sport, so it should be used with caution and only on tracks.

Should the desire to just go flat-out hit you, flick the GT into V-Max mode and give it your best shot.  That 216 mph comes extremely fast, as Ford claims the GT is actually capable of a lot more but it’s limited to 216 due to various factors.  Naturally, you’ll need a long abandoned airstrip or really long racetrack straight to reach its maximum, but it’s effortless and relentless in achieving it. 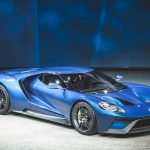 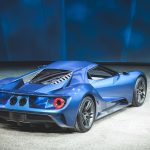 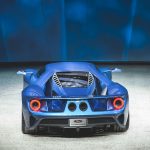