Warning: "continue" targeting switch is equivalent to "break". Did you mean to use "continue 2"? in /homepages/30/d658115368/htdocs/clickandbuilds/CarGuy/wp-content/plugins/revslider/includes/output.class.php on line 3708
 Ferrari logo - History of the Ferrari Badge | Car Guy 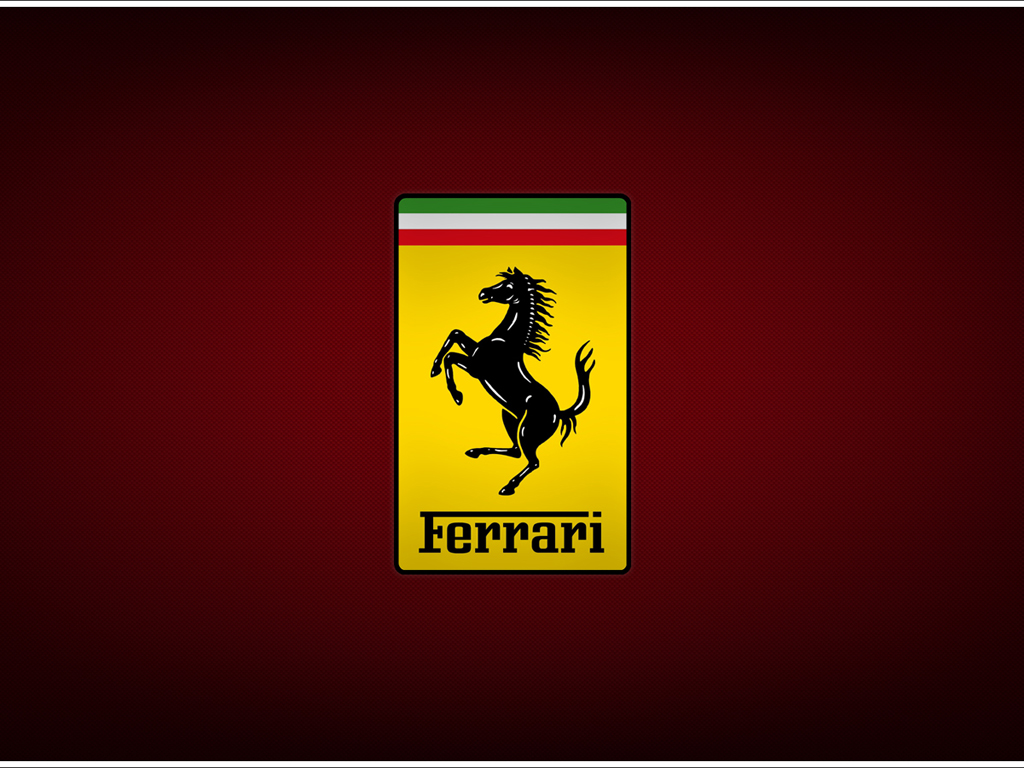 Ahh the famous prancing horse logo, a symbol of illustrious success, automotive elegance and raw Italian horsepower.  Representing, arguably, the greatest supercar company there has ever been, how did the Ferrari logo come to be and why a galloping horse?

The History of the Ferrari badge is both patriotic and symbolic and might surprise you:

It all starts with story of an Italian war hero, Francesco Baracca, known as one of Italy’s greatest ever fighter pilots and a hero of the first world war.  Baracca entered the Italian military in 1907 and went on to become an officer in a cavalry unit before gaining his pilot’s licence in 1914 and joining an aerial regiment.  He recorded many aerial victories in World War 1 and became a national hero as he progressed into higher ranks and continued his success in battle.  As a tribute to his former cavalry regiment Barraca painted a black horse insignia on the side of his plane (fuselage).  His prowess in the air also led to him being named the “cavalier of the skies”. 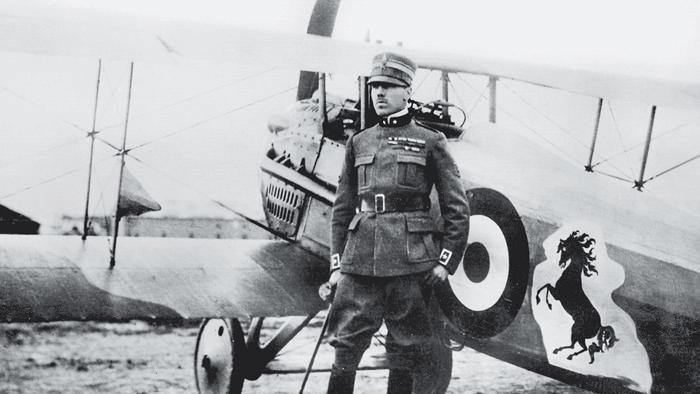 Aside from the underlying meaning of cavalry being linked to soldiers on horseback, it is said Barraca chose the prancing horse for other reasons too; including his family’s estate where they kept horses and seeing the insignia on a gunned down plane from Stuttgart.

In 1918 Francesco Barraca was killed in action during a mission but his legacy lived on.  There was subsequently a museum built in Barraca’s name, in his home town and remains open to this date.

Horses and Stuttgart you said, any other significance?

Extra fact – the Stuttgart coat of arms features an identical prancing horse and is where Porsche obtained their own horse logo from.

How did Enzo Ferrari become known for the badge?

Enzo Ferrari was a motor sport driver by trade and after the war applied for a job with Fiat, Turin, to no avail.  He eventually landed a job with Milan based car manufacturer C.M.N, in 1919, starting as a test driver before being promoted to a fully fledged racing driver.  After a series of successful races he began racing cars for Alfa Romeo and in 1923 raced in and won the first Circuito del Savio (Salvio race track in Ravenna).  It was at this race, at the age of 25, Enzo Ferrari met Count Enrico Barraca, father of Francesco Baracca and is soon after approached by Barraca’s mother, Countess Paolina.  Francesco’s mother gave Enzo Ferrari a signed photograph after the race and asked that Ferrari use the same black horse symbol on his cars, that Barraca used on his planes, as it would give him luck in all his races.

After founding Scuderia Ferrari in 1929, his own racing team, Enzo Ferrari formed a partnership with Alfa Romeo which saw Scuderia Ferrari use Alfa cars for all their races and effectively take over as Alfa’s primary racing division.

In 1932 the world saw the use of the prancing horse symbol once again, this time as a shield with “S F” inscribed at the bottom.  It is emblazoned on Scuderia Ferrari’s Alfa race cars at the SPA grand prix and marks the beginning of the horse symbol association with Ferrari’s cars. 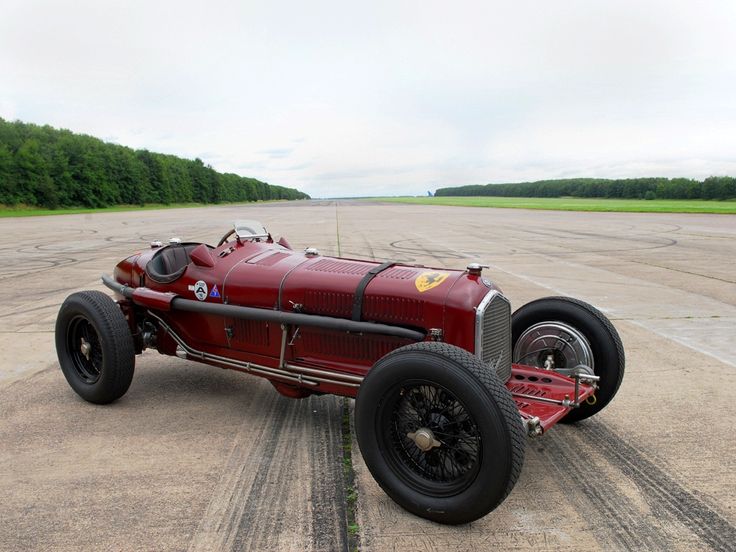 A 1932 Alfa Romeo Tipo P3 with the original Ferrari logo

The horse shield subsequently evolved and in 1947 on Ferrari’s first production car, the 125 S, the Ferrari logo and brand we know today is born.  The prancing horse shield had turned into a square badge with a canary yellow background to represent Enzo’s hometown Modena’s colours.  The “S F” letters of Scuderia Ferrari are replaced with just “FERRARI” and the Italian flag is inscribed at the top completing the logo and birth of the brand as we know it today: 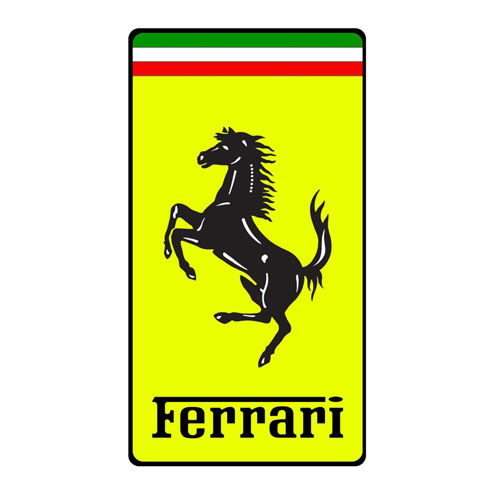 The video below, from Ferrari’s official channel, recalls the only time Enzo Ferrari ever spoke of the origins of the prancing horse:

So there you have it, the history of the Ferrari badge and a lesson into the origins of the most famous and instantly recognisable car brand the world over.  If you want to continue your knowledge of Enzo’s Ferrari’s legacy past these years, Ferrari themselves have a great history section on the brand worth checking out.