Warning: "continue" targeting switch is equivalent to "break". Did you mean to use "continue 2"? in /homepages/30/d658115368/htdocs/clickandbuilds/CarGuy/wp-content/plugins/revslider/includes/output.class.php on line 3708
 2018 Golf R vs 2018 Type R - Battle of the fast small cars | Car Guy 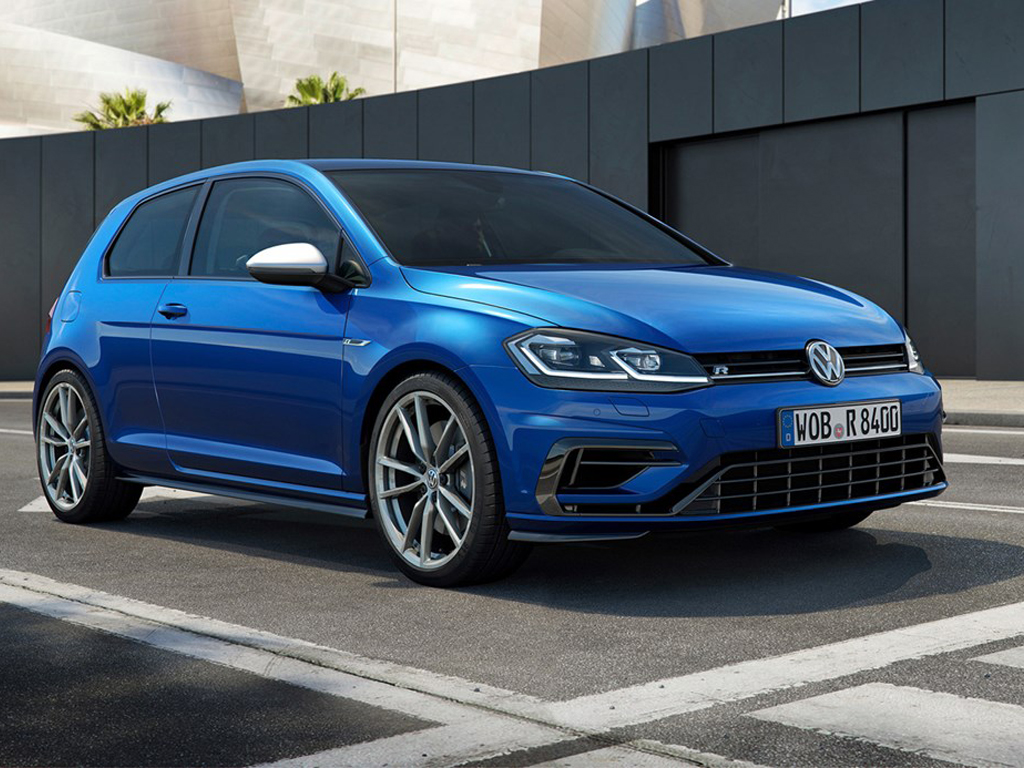 The new Civic Type R is about to get some stiff competition from VW:

With the return of the legendary Civic Type R, the entire front-wheel drive segment is slowly getting ready for what is surely going to be the biggest showdown of the last decade.  Hot hatchbacks are more abundant than ever, with the likes of Mercedes and even BMW joining the rivalry.  Though the Type R is favored at the moment, the chances that it will reclaim its title as the fastest hatch have been spoiled by this thing: VW’s upcoming 2018 Golf R.

On the outside it looks similar, almost exactly the same as the last year’s model, but changes run deeper beneath the skin.  For starters it gets updated suspension components in the form of adjustable shock absorber’s which greatly reduce body roll and increase stiffness.  The brakes have been beefed up as well.  Drilled brake discs along with upgraded pads mean the stopping power match that relentless acceleration.  Both of these upgrades are available exclusively through the R’s Performance Pack. 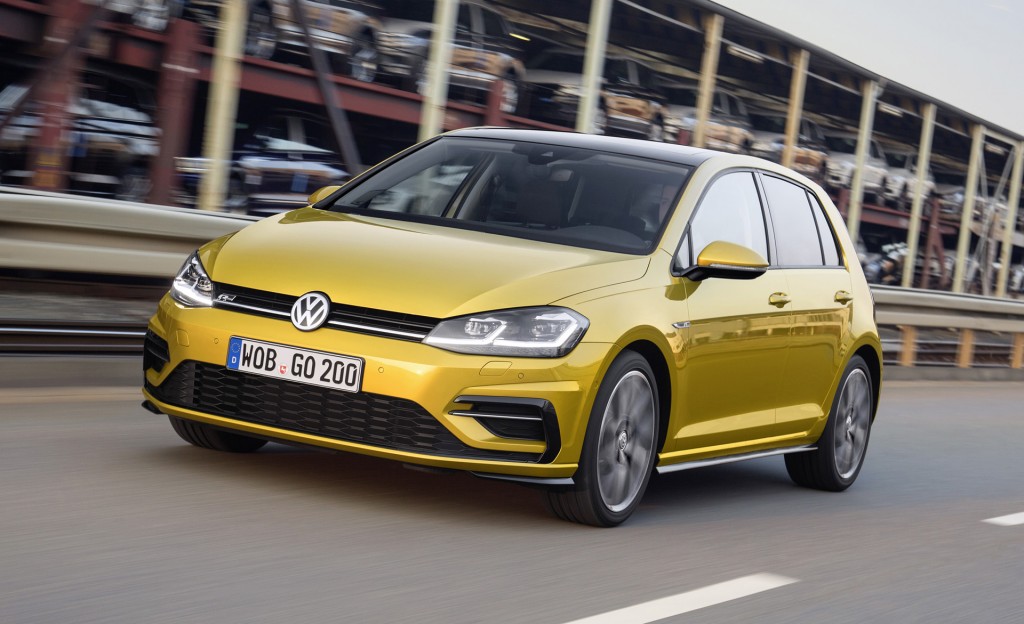 The hood hides the same 2.0-liter turbocharged unit developing the exact same figures.  In other words, 310 horsepower and 4.6 seconds to 60 miles per hour.  Here’s the catch though: the Golf R uses a Haldex four-wheel drive system.  As such, one could argue that it isn’t a traditional hot hatch, but that would rule out Audi and Mercedes as well.  Does anyone really care that it isn’t front-wheel drive?  Not really.  VW makes the GTI if you want that.  Putting over 300 horsepower to the front wheels would only induce torque steer, and VW is very much aware of it.  The lines between hot hatch’s and genuine sports car are becoming blurred when you consider that the 2018 Golf R is as fast as a V8 touting E90 M3 (manual)!  That’s a good thing for a fast small car, consider us a fan of the Haldex 4WD system then. 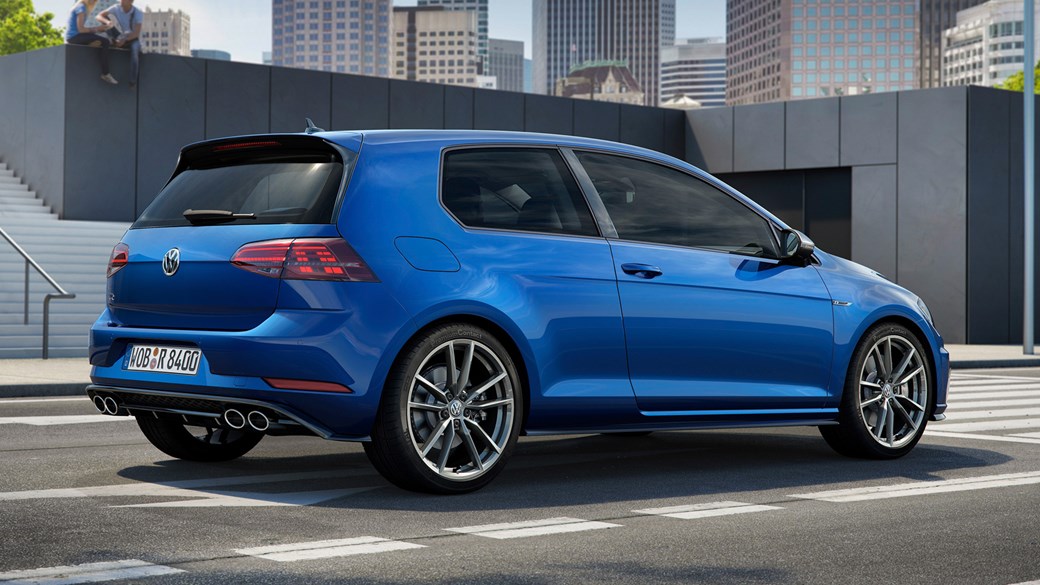 Elsewhere the same Performance pack shaves off 7 kilograms from the total weight thanks to a titanium exhaust, which also enhances sound quality and volume.  It will go on to 166 miles per hour since it makes do without the silly 155 mph limiter.  In a sensible hatchback body, that kind of speed is absurd.  Front air intakes and side skirts optimize airflow and reduce drag, but the small rear spoiler at the back apparently gives actual downforce.  It’s not a lot, but even the 20 kilograms it offers make a noticeable difference when you’re really going for it. 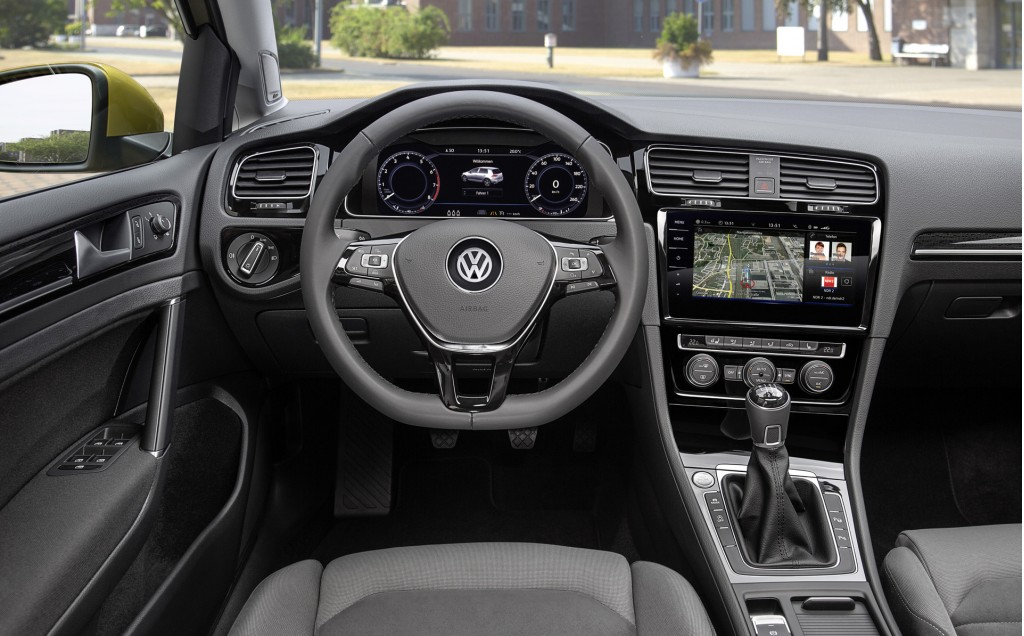 So, what will it be?  This or the 2018 Type R?  We think they occupy slightly different markets.  The Golf is more sophisticated and refined, and not just in the interior department.  The Haldex system is smooth, sending power to the ground without any fuss.  The 2018 Type R is a bit of hooligan.  Aggressive styling, a ‘can do it all’ attitude and enormous power corrupting the front wheels.  We are spoilt for choice with fast small cars, pick your poison. 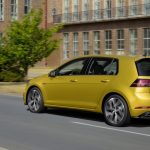 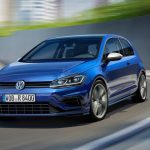 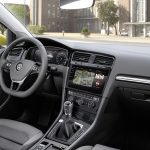 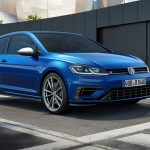