Warning: "continue" targeting switch is equivalent to "break". Did you mean to use "continue 2"? in /homepages/30/d658115368/htdocs/clickandbuilds/CarGuy/wp-content/plugins/revslider/includes/output.class.php on line 3708
 2018 Ford Fiesta ST - New Details Revealed | Car Guy 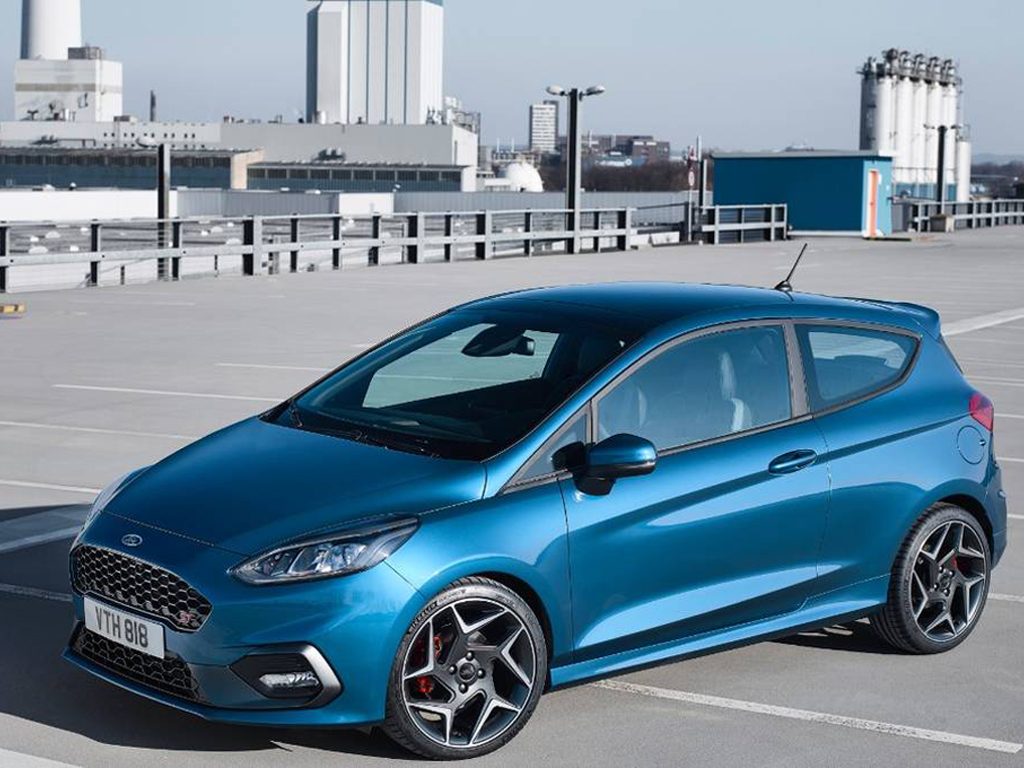 No.  The Fiesta hasn’t changed much in it’s latest coat keeping, largely the same shape as the last generation model.  For a car this popular, straying too much from the norm might have been risky but we did expect a bit more “bite” from the styling of the 2018 Ford Fiesta ST.  Nonetheless small tweaks and changes give the new car more of a modern look with a slightly tweaked lower front grill, a new style of LED taillights and all new ST wheels.  Chassis changes have also been made as the ST is now wider and the whole car sits lower to the ground than before too,  allowing for improved grip and handling.  To top it all off a larger rear windscreen looks like it’ll allow for better visibility than the current version. 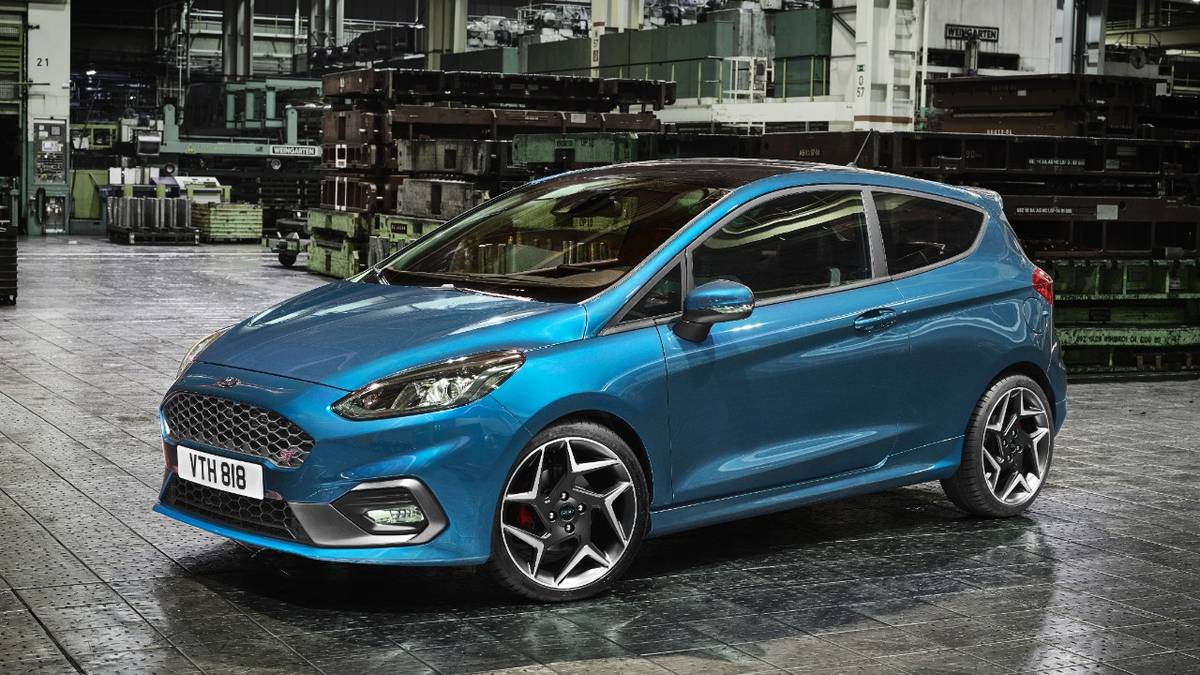 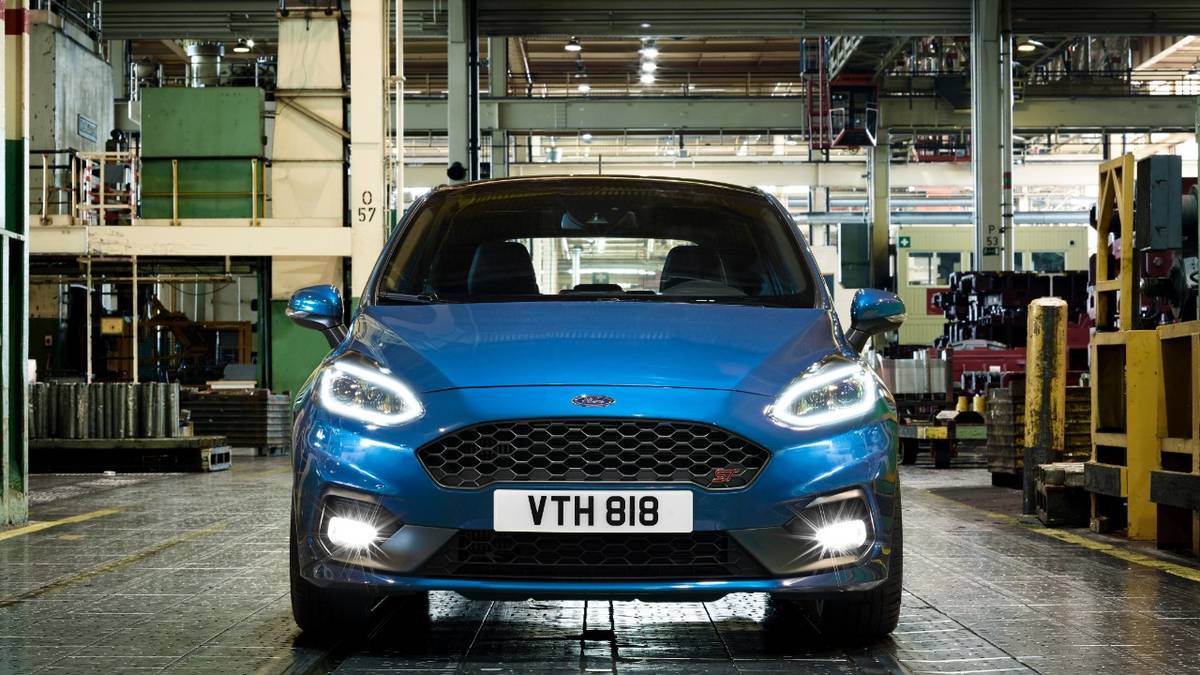 What’s the big difference then?

The engine for one!  Out goes the 4 pot from the last ST and in comes, yes the stupid economical future is calling, a 1.5 liter cylinder turbo engine.  We won’t go into our gripes with the downsizing of engines here because frankly we’ve done it far too often, but the new engine is more efficient and produces a healthy 197 hp and perhaps more importantly, a more than usable 290 nm of torque.  This propels the new ST to 60 mph in just 6.7 seconds (0.2 quicker than the current model) although no top speed has been revealed as of yet.  Improving efficiency even further is the 2018 Ford Fiesta ST’s remarkable ability to shut off engine cylinders when not needed, which may sound irrelevant in a car that only has 3 cylinders, but we’ll wait for the mpg figures! 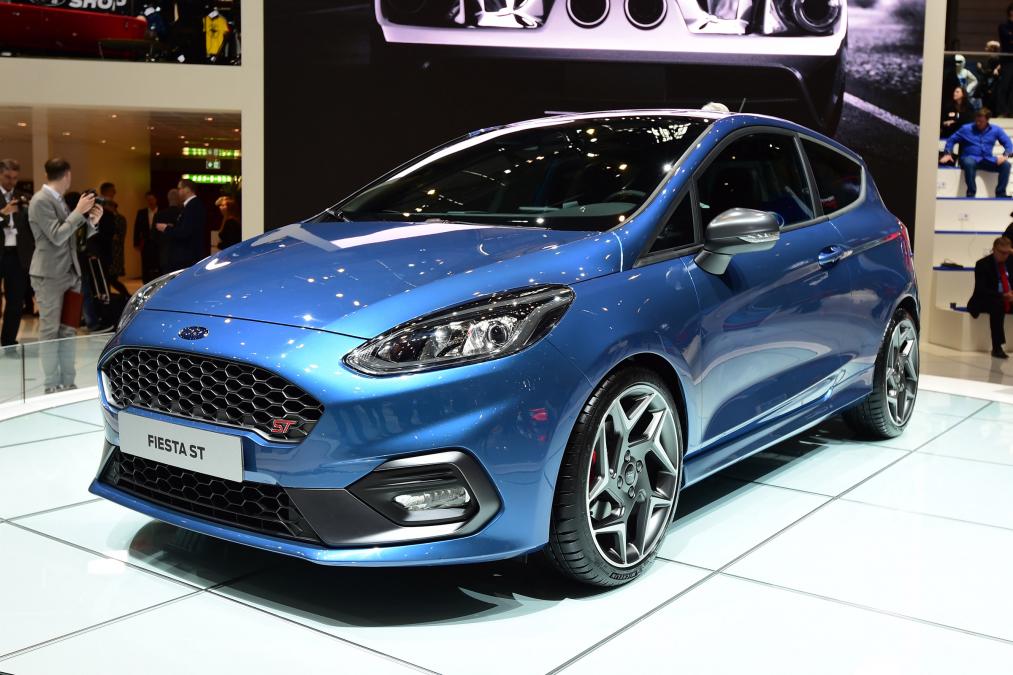 Ford have confirmed that there will be a wealth of customisation options for the interior trim of the car.  Ford’s new Sync 3 infotainment system will allow control of car functions through the use of a touchscreen sitting above the dash.  Recaro bucket seats and a flat bottom steering complete the sporty image inside the cabin of the new hot hatch. 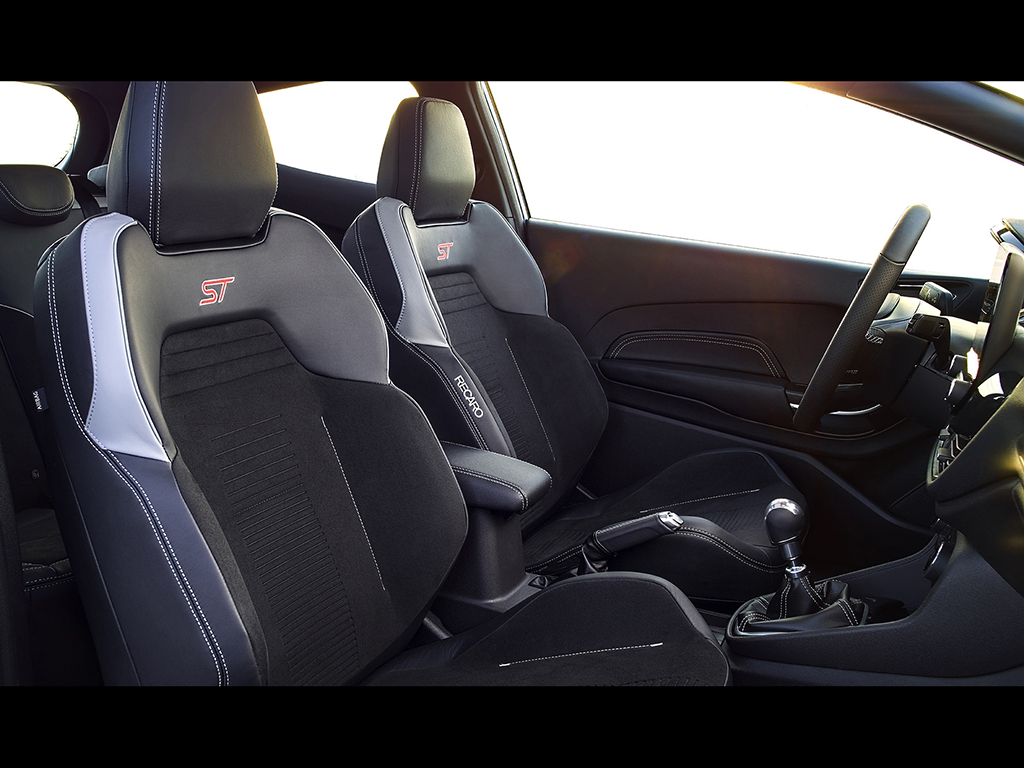 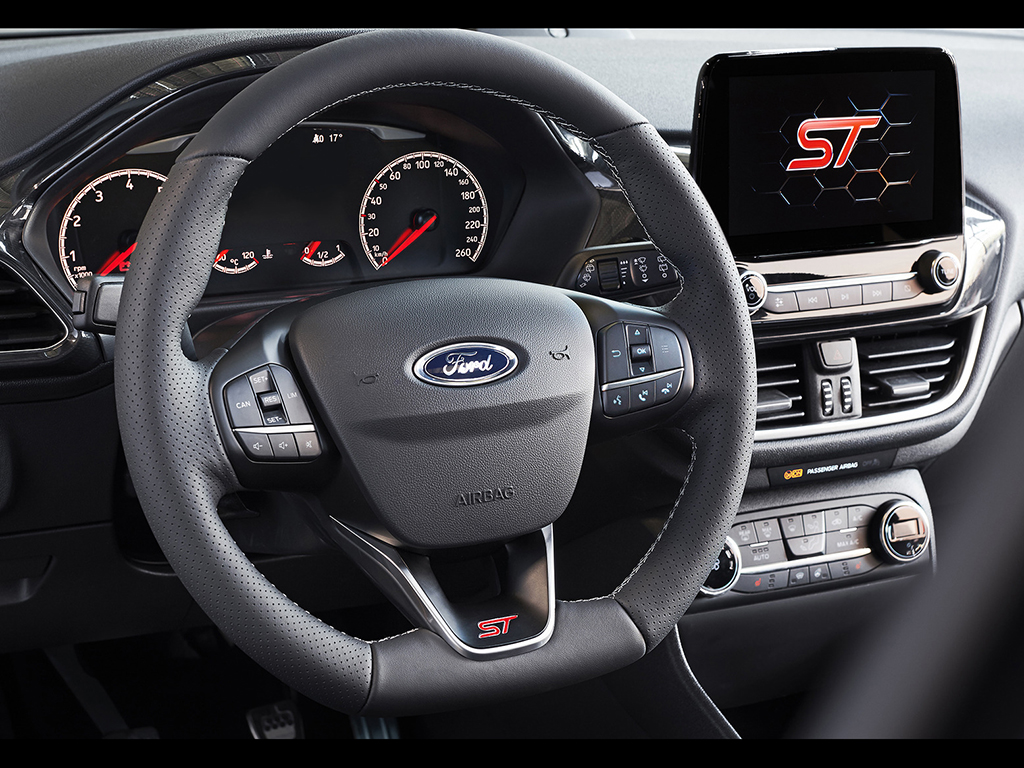 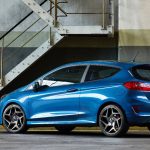 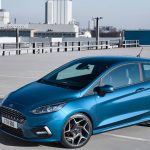 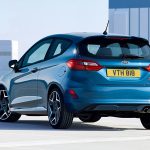 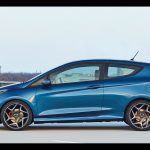 How much will it cost and when is it out?

The hot hatch is expected to launch in early 2018 with more previews from now till then.  Prices are expected to stay around the current £19,000 entry ticket for a Fiesta ST.

Stay tuned as we see more of the 2018 Ford Fiesta ST before the big launch.